The ASEAN regional project was conducted between 2014 and 2016 aiming at investigating the working conditions and career trajectories of early career scholars in the ASEAN region. Indonesia, Malaysia, Singapore and Thailand served as focal countries. The project was co-funded by the National Science, Technology and Innovation Policy Office (STI), the National Science and Technology Development Agency (NSTDA) of Thailand, and the German Federal Ministry of Education and Research (BMBF). 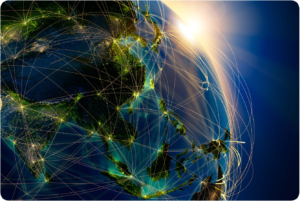 Over the past decade, many countries in Asia, and, in particular in ASEAN, have been transitioning from being a manufacturing based to a knowledge based economy. This has led to the need of a skilled workforce. Young scientists and scholars are widely recognized as both potential creators of great science, and they are essential to teaching the next generation of early career researchers as well tertiary education professionals following their passion in a wide range of societal sectors. The research project aimed at providing a preliminary assessment of the challenges and opportunities identified by young scientists in four selected countries in ASEAN participating in the study, Indonesia, Malaysia, Singapore, and Thailand.

The study applied an integrative, mixed-methods approach consisting of statistical information about the target group (censuses and labour force surveys), a quantitative questionnaire as well as semi-structured qualitative interviews. Between May and October 2015, data was collected through an online questionnaire, resulting in the analysis of 444 questionnaires. Analysis was conducted via descriptive and inferential statistics. Afterwards, 18 interviews were realised in order to gain deeper insights into the subjects of current job and career development, productivity, creativity and innovation, performance evaluation, international mobility and career goals and support (ASEAN publication 2017, p. 34).

In the quantitative survey, several subjects were highlighted as challenges for early career researchers. The first one to mention is the lack of resources, including financial (e. g. (inter)national research grants), support-related and material ones. In terms of mentoring and support, early career scholars perceive support in the context of fundraising, network establishment and methodological training as the most important. As concerns organizational support, networking, empowerment and leadership are crucial. Racism and discrimination were particularly in Indonesia and Malaysia a problem. Interestingly, the respondents maintain better relationships and connections to other continents’ countries than within the region.