A study around the world

GloSYS is a project to look above and beyond. In its third regional installment now, GloSYS has reached an increasingly global status by researching in region after region as outlined in the world map below. Yellow indicates countries researched for the ASEAN regional study, red signifies the reach of the Africa regional study. Orange outlines countries that the LAC regional study focuses on.

The ‘Global State of Young Scientists’ (GloSYS) is an ongoing research project investigating the context in which early-career researchers (ECRs) work, and the challenges and motivations that shape their career trajectories. In this context, ECRs are defined as postgraduate researchers who have earned their PhD or an equivalent advanced research qualification up to ten years ago and who are working in higher education, private or public research organizations, business enterprise or other sectors where research is conducted (Geffers et al. 2016). Among particular themes of interest are young scientists’ motivations to enter research, support schemes, access to mentoring, scientific productivity  and challenges faced as well as funding, mobility, and gender inequities within the higher education and research environment.

The research project applies an internationally comparative perspective by studying countries on four continents in regional clusters (Figure 1). The project consists of four sequential phases (Figure 2): A precursor study served to obtain an encompassing picture of the state of young scientists worldwide. Three regional studies followed: The ASEAN and Africa regional studies are already completed, the Latin American and the Caribbean (LAC) regional study is to be conducted until 2023. The research projects’ results will be integrated, allowing a groundbreaking comparative perspective on ECR worldwide. 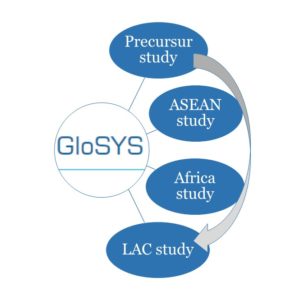 Figure 2: Sequence of studies conducted within the GloSYS research project.

It is widely acknowledged that research and higher education correlate positively with individual as well as overall social and economic development. ECR provide a nation’s intellectual capital and constitute the scientific leaders of tomorrow, while being embedded in an increasingly international and competitive work environment. A growing body of scholarly literature describes international trends among young academics in North America, Western Europe and countries in Oceania. Although developing countries have proven to catch up in the past decades, i. e. in terms of innovation in science and number of scientific publications, ECR in developing (i. e. Global South) countries are still understudied and -theorized.

Drawing upon the knowledge and experiences of the global network of GYA members, we initiated the GloSYS project by conducting a novel international pilot study. This initial study was funded by Germany’s Federal Ministry of Education and Research (BMBF) and supported by the Volkswagen Foundation, and provided a systematic overview of the diverse state of young scholars across the world. The study utilized a three-pronged mixed-methods approach, 1) gathering pre-existing statistical data and conducting literature and policy analyses, 2) collecting survey data, and 3) conducting one-on-one interviews with young scientists. Through this study, we identified global trends affecting the early careers of young scientists and scholars, including issues pertaining to support structures and mentorship, training, work-life balance, and gender disparities. Our findings were published in a report, which received widespread media coverage in high-profile journals and magazines, such as Nature, Science, and Times Higher Education. GYA members presented the GloSYS report at the First Africa Young Academies Regional Conference, and to a group of human resource experts from the German national research organizations. The report was also discussed at the annual Society of Research into Higher Education meeting.

One of the most important findings of this initial study was that most of what we know about young scientists comes from research based in OECD countries. We know relatively little about the state of young scientists in the developing world. This realization pushed the GloSYS project into its current path of conducting regional studies that aim to fill this research gap. Our first regional study, GloSYS ASEAN was co-funded by the BMBF and the Thailand’s National Science, Technology, and Innovation Policy Office, and explored the state of young scientists in four Southeast Asian countries: Indonesia, Malaysia, Singapore, and Thailand.  This project was completed in late 2016 and resulted in the publication of an extensive report, which details our findings and policy recommendations. So far, the report has received some media coverage and has been presented at several meetings.

We are currently in the process of conducting the second regional GloSYS study, GloSYS Africa. This is our biggest project to date: a total of fourteen African countries are included in the study, and we are collaborating with five external (non-GYA) regional research partners in order to carry out this ambitious research endeavor. In addition to the core themes that are explored in each GloSYS study, this research will also touch on themes of particular regional relevance, including gender in academic- and research-careers and the diaspora/brain drain. The project is funded by the BMBF and has also received financial support from the Wellcome Trust; the study is set to be completed by December 2019.

We actively engage with policy makers and other social actors to disseminate our findings and recommendations. Aiming at identifying global circumstances and developments of ECR, evidence-based policy recommendations elaborate the ways in which young scientists can be better supported in their research efforts and career development.

To find out more about the publications created through findings from the GloSYS study, refer to the Publications page.

Gibney, Elizabeth (2014): „’Extreme’ workloads plague scientists at the start of their careers“. Nature.